Before “Tick, Tick… Boom!”, The Early Interview That Says It All About Andrew Garfield

Andrew Garfield was literally my first celebrity interview—back then he was an unknown to most of the world. I was a freshman in college at the University of Illinois at Chicago and I was interviewing him for his first major movie called, Lions for Lambs (2007). I want to share that interview with you because the newspaper doesn’t exist anymore so I want to an extra bit of cred out there for Andrew, as he continues to climb. I hope the excerpts from this sit-down interview adds another level of depth to who you know him to be. He is sincerely, one of the greats of my generation (Millennials)—one to watch but most importantly one to learn from.

And the funny thing is, he hasn’t changed too much from when I interviewed him—that’s the sign of a genuine article kind of person.

“Lions for Lambs” is the must-see film for our generation, a cinematic experience of politics, ethics, and soul that can’t be missed on its world-wide release November 9th, 2007 .

“Lions for Lambs” presents three angles of the political process; one atop Capitol Hill, where a veteran journalist (Meryl Streep) must choose between revealing the faulty plans of an ambitious senator (Tom Cruise) or remaining a complacent member of the propaganda press. The second is in Afghanistan, where two hardworking college graduates (Antwone Fisher and Michael Peña) make the ultimate sacrifice in being key elements in the senator’s military mission to win the War on Terror. The final angle is at an university, where a privileged, intelligent, but jaded undergraduate (Andrew Garfield) is mentored by the same political science professor (Robert Redford) who inspired the two soldiers now in Afghanistan. Each angle of the process powers the other, by the decisions and actions of each individual, ultimately impacting all of U.S. society.

The film is a study of ourselves with a mirror to the face propped up by director Robert Redford, who makes the story easy to follow, but like a strong shot of whiskey to take-in. By the last word “He’s not going to fail me,” uttered by the ‘next-big-thing’ in film Andrew Garfield, you will be both very inspired and outraged; whether at the government or yourself.

The film is a wake-up call for our generation to take a stand for ourselves and our country. We are at the same crucial point in our history (as our parents and those before us) where if we don’t act, we sacrifice everything by doing nothing.

After the press-screening of the film, I sat down to speak with Michael Peña, Andrew Garfield, and Robert Redford at the Four Seasons Hotel, to better understand their efforts in the film.

(Me, then Stephanie Jevtić): What is the message of “Lions for Lambs” for college students? :

Michael Peña: To make a stand and go for what you believe.

SJ: Describe how it was working on the film and the intense preparation it took for you both to prepare your characters and understand the political material?

AG: It was intense.

MP: We put a lot of thought into it. Everything Bob [Redford] brought up, we jotted down.

AG: I studied all the background, the subconscious and conscious of the script. I filled up on Norman Trotsky, went to UCLA lectures, read a lot of political science. I knew what engaged my character and it in turn engaged me: Power corrupts. I came to know all there was, out right and it’s easy to get outraged. I also went to a fraternity. It was interesting. It was all very helpful.

MP: I read the script 10 times. It’s big how he (my character) fit into the movie. I had to make whatever I thought was good constantly better because I got so into the movie. It’s harder when it’s simple. My character wanted to protect his country, but you need to add to that to bring that simple motivation out. You have to distinguish the toughness of the character and you have to believe you have it in yourself to play it.

SJ: What about when your character and his friend stand-up at the end. Where did you search to achieve that feeling of pain, but strong patriotism?

I looked into pain. Pain strikes consciousness. If they had stayed lying in the snow on that mountain, you know, you die in that case, you’d fall asleep; doing nothing. Pain brings you back up. It took a lot of time to make it look real; to convey that idea of standing up for something to the death.

SJ: How do you both hope to make an impact with and after this movie, through acting?

AG: All art is important, but people alone, who are propelled to do really important stuff are really powerful. Acting can inspire individuals to form a movement, but not movements in themselves. The question to ask ourselves is “what can I do?”  Not just talking a good game, but doing it; doing something.  I’m still searching. But I have something to offer this art; film.

SJ: For both of you, what is the power of movies, do you think?

AG: Movies change individuals. They sink into your subconscious; not indoctrinating. If films, theatre, and writing can touch individuals, that is alright for me. However now we’re not shown how to act as young adults. We’re distracted by Paris Hilton on how to act; purposeless entitlement. The goal right now is more entertainment. That’s not the way to live, being distracted from doing our part in bettering our world. We need to work on ourselves to do our part.

MP: One movie can’t start a movement, but a string of movies can get through to people. Movies like this one. Ultimately the advice from your parents is what you find, so it should get easier to make right decisions. When you have the drive to do something, go for it! By any ethical means. You can always turn yourself around.

Robert Redford On His Film “Lions for Lambs”

(Me): What does “Lions for Lambs” suggest for our generation, to make a difference? What did you want us to notice, to examine more in order to understand the concept of the film?

Robert Redford: The film suggests for you guys to have a role in your future. Step up to the plate because things will be worse without you.

We made a solid choice not to lean heavy on issues. But we wanted to ask people, is there anything you recognize on the issues in the film? Is there a pattern you see and if you know it and how it goes, are you willing to do something about it, to stop it, and make a difference?

To make a difference, pay attention to who’s out there. Show concern about your country and who’s running it. Winning is more important than anything now. That’s bad criteria for a leadership.

Look underneath, the film shows an arc of history which I lived through: World War II; McCarthyism; Watergate; Iran contra; and now the war in Iraq. And those leaders who caused or didn’t do anything to stop these things keep coming back to power, and you wonder why do they keep repeating themselves? Look at history, there is a mindset that shows up. We’ve got the same deal now that we’ve always had and which we keep repeating.

SJ: What led you to this project?

RR: “All the President’s Men” led to this film. Nixon thought would never happen. This film shows how we can prevent the same things from happening.

SJ: Do you know what your next project will be? Can I ask?

RR: I do. (Frisky eyes) I’ll tell you it’s “Against All Enemies.” It’s about the man who informer Condoleezza Rice about 9/11, before it happened; it’s based on a novel.

SJ: What would you do now to cause positive change?

RR: Start a campus paper, protest. Do a little corporate takeover; joking. But it all starts now with you guys; at this time. College is a great opportunity. Boy do we need you guys right now. 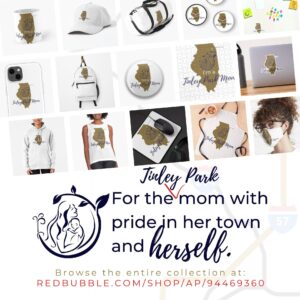